On May 21, 1990, "The Storm the NIH" took place on the National Institute of Health campus in Bethesda, Maryland. It included a moving street theatre performance by an all women's affinity group called 'The Invisible Women', which emphasized the impact that the exclusion of women and people of color from clinical trials and testing had on the misrepresentative total number of recorded deaths.

Maxine Wolfe summed up the need for inclusion of women by saying, "The model for the illness is male. The model for the clinical trials is male, including like markers and symptoms, and the model for the drugs that are being researched is male. And in the end women are going to have to use all of those. Unless there are parallel drug trials that address the way drugs functions inside women’s bodies, we will never know if those drugs will be affective on women." ACT UP NY and ACT UP DC took over the office of the head of the NIH Clinical Trials Group, Dan Hoth, and filled it with flyers demanding that they form a women's committee, as well as include women in their clinical trials. ACT UP insisted that the NIH take immediate steps to: develop new AIDS treatments; test those treatments for all opportunistic infections and cancers; diversify research priorities; begin combination trials; open trials to minorities, children and drug users; provide clinical trials and conduct more extensive research with quickly announced results; and open meetings to all people with AIDS, their advocates and the press. Twenty-five demonstrators were arrested during this action and endured harsh treatment. Fortunately ACT UP had legal observers at the event to document illegal police tactics. Driven by their mission and undeterred by the threat of violent arrest, over one thousand activists turned out to "Storm the NIH."

The following audio clips detail the work of the ACT UP Women's Committee to urge the NIH to amend their clinical trials and AIDS work to encompass both men and women and demonstrate the work the Women's Committee accomplished while at these previously closed to the public NIH meetings. We have also included the clips from meetings with the NIAID which came as a result of the initial work with the NIH. 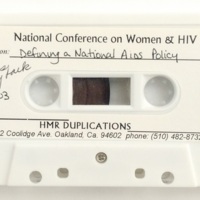 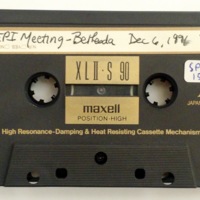 Epidemiology Meeting between ACT UP and NIAID, Tape 1/3 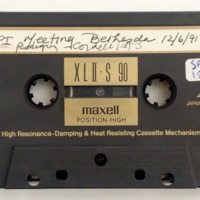 Epidemiology Meeting between ACT UP and NIAID, Tape 2/3 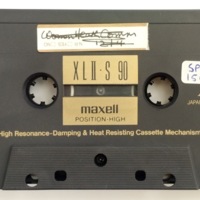 Epidemiology Meeting between ACT UP and NIAID, Tape 3/3 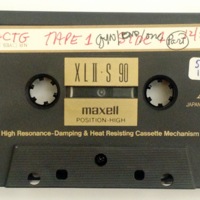 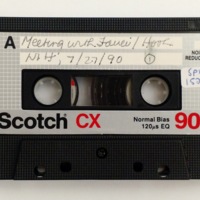 Meeting between ACT UP and NIAID on Women and HIV/AIDS