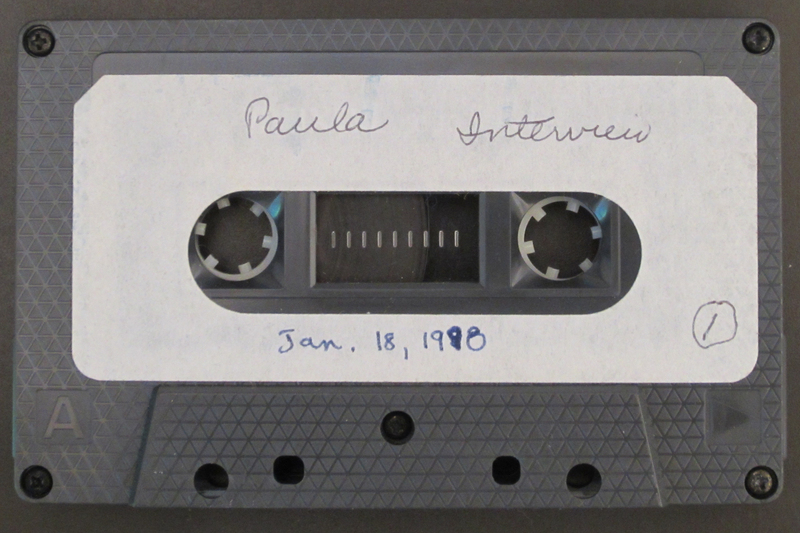 Side A: Paula describes various locations where gay men and women would meet each other, like Kleinman's Corner and bars such as Ralph Martin's. Often these locations also served as hubs for sex workers. She speaks about the rigidly defined roles of "butch" and "femme" provided for lesbians during the 1940s. Paula talks about her life as femme and being married to a man who introduced her to gay/lesbian life. She discusses her sexual life and the type of sex that women had with each other in the 1940s, specifically within the strict binary of butch and femme. Paula recalls the social life at bars, such as Ralph Martin's, which included dancing, drag shows, prostitution, and drugs.

Side B: Paula speaks about her family life in relation to her sexual identity. She talks about her husband's fast lifestyle and her changing preferences eventually causing the dissolution of their marriage. Paula mentions the types of employment she has had, including working in department stores, as a waitress, as a desk clerk at the Genesee Hotel, and on the assembly line at Bell Aircraft. She speaks more about various bars that she went to: Pat's, Dugan's, the Carousel, and the Carlton Hotel. She talks about a long-term relationship that she had, after her divorce, that lasted ten years, as well as traveling out of the Buffalo area to places like Florida, California, and Utica, N.Y.

The recording cuts off abruptly after 23 minutes.