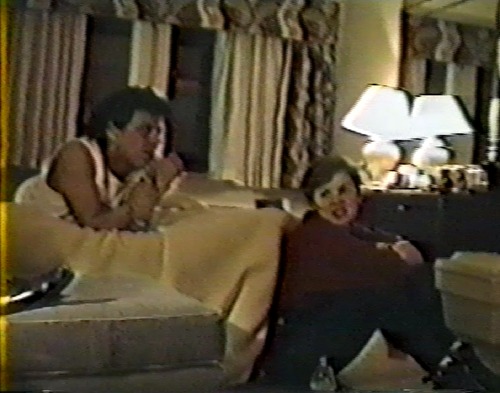 Most of the footage was taken either by Mary Lucey (an HIV-infected lesbian who was in ACT UP LA, on the ACT UP National Women's Committee, and later co-founded Women Alive in LA), Nancy McNiel (Mary's lover also in ACT UP LA, the National Women's Committee and co-founder of Women Alive), and Seh Welsch (a Native-American Lesbian who founded Santa Barbara ACT UP, was on the National Women's Committee and is the E.D. of the Indian Health Center in Santa Barbara). Also in the video are Vic Hernandez (a Mexican-American from the S.F. area but a member of ACT UP NY at the time) and Kyioshi Kurimyia (an Asian-American who was a member of ACT UP Philadelphia, and founded Critical Path, a newsletter about AIDS treatments, especially alternative and wholistic treatments), both of whom are gay men. Iris Long, a heterosexual woman who was an early member of ACT UP NY, a founder of its Treatment and Data Committee, one of the first pseople to document the exclusion of women from clinical trials, is also shown in the video. She is a pharmaceutical chemist (Ph.D.) who taught the men in ACT UP everything they knew about pharmaceutical chemistry and clinical treatment research.