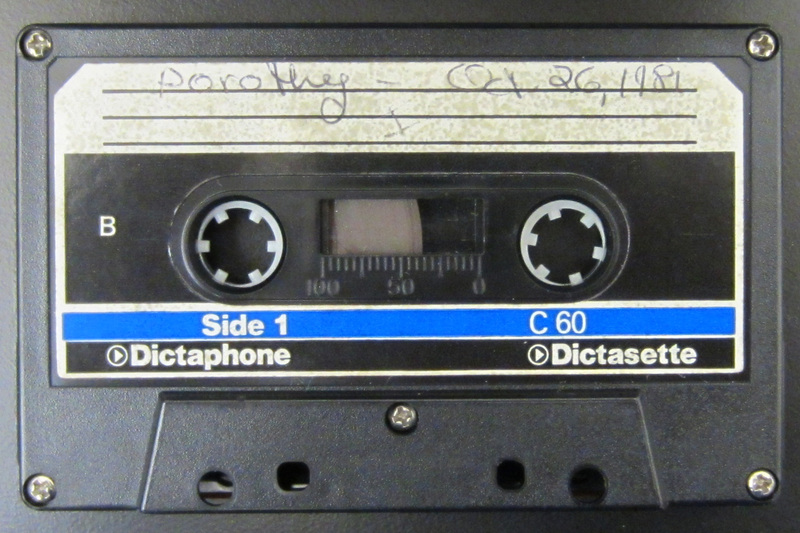 Dorothy discusses her break up with her girlfriend of 13 years, Charlotte. She talks about their courtship, sexuality, home life, and their families, who were never formally told they were a couple. While talking about the break up she mentions the deed to a cottage they shared and losing personal property in the breakup. Dorothy mentions seeking help from a lawyer and a lesbian psychologist in the 1950s. Dorothy discusses that she once considered suicide after a breakup.

Side A
Side B