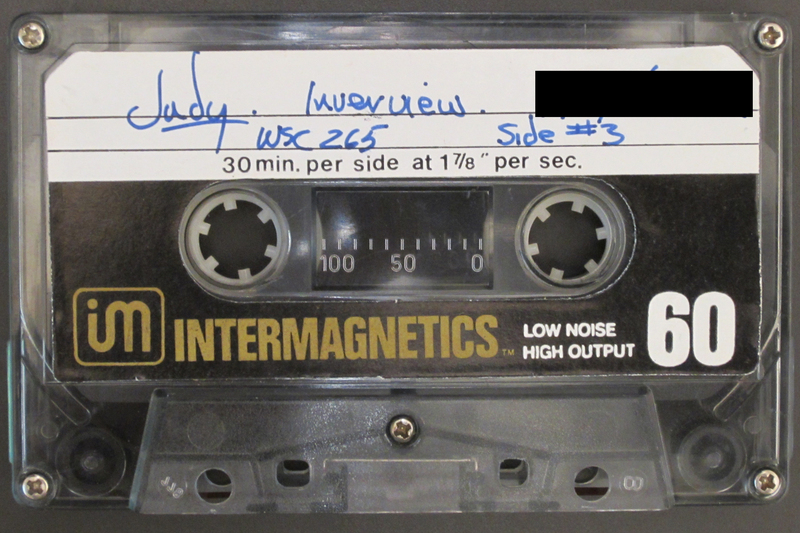 Judy discusses butch and femme identities, social interactions, and role-play within relationships. She expresses relief over how these once rigid demarcations of identity have become more flexible within the lesbian community. Later, however, she notes "class" differences that continue to striate lesbians as a social group.

The social conditions, the acceptance of lesbians, and the "openness" of homosexuals are compared between New York, Florida, and Toronto. References are made to anti-gay activist Anita Bryant and others who put social pressure on lesbians to stay closeted.

Additionally, Judy touches upon negotiating workplace discrimination and "nosy" neighbors. She briefly mentions her relationship with her family and what it was like growing up in Buffalo.