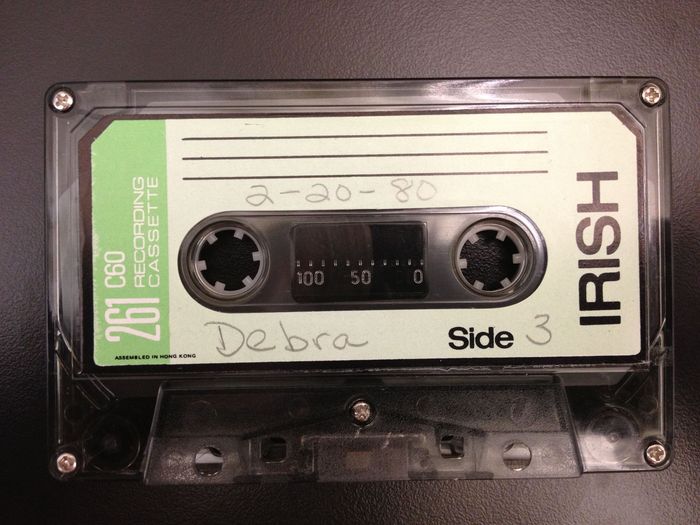 Discusses her child, a son. He was the product of her one-day marriage. She kept him for about 8 months and then her brother and his wife took him and raised him. He would spend the summers with her until he was 12 and then he lived with her and spent the summers with her brother and his wife.
Believes lesbians make better mothers because they know more. She didn’t want her son to go into gay life because she felt it would be difficult for him, she doesn’t believe that gay men relationships last. She believes you can teach someone not to be gay.
They talk about gay men and lesbian relationships and social interactions. She would call upon her gay male friends to be her date to events that she needed a date, also sometimes family events. They talk about marriages between a gay man and gay woman. Debra says that she knew quite a few couples who had done that to put up a front, but that those relationships always worked out well. Debra also talks about marriage between two women. She never wanted to get married but knew women who did.
They also discuss alcoholism and drugs among the gay community.
On the second tape, Debra further discusses fights in the lesbian community. Madeline asks if she knew any lesbians who played sports in the 1940s and 1950s. Debra believes lesbians played sports but cannot definitely say so.