Voices of the Women's Press Collective 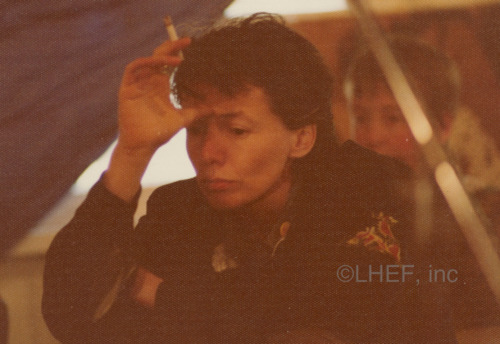 The Women’s Press Collective was established in 1969 in Oakland, CA out of the Gay Women’s Liberation Group, the first feminist-lesbian collective in the West. Two of the founding members were Judy Grahn and her partner and illustrator, Wendy Cadden. The press operated out of the basement of GWLG’s bookstore, A Woman’s Place, located at 5251 Broadway in downtown Oakland. The WPC was an all-women press devoted to printing works by women given the growing demand to share materials about lesbianism, feminism and the women's perspective. One of the first works printed by the collective was Grahn's Edward the Dyke and Other Poems.

Grahn is a poet, activist and scholar who has published 14 books of date and is widely recognized for her writing that engages queer, feminist themes. At the age 21, Grahn was discharged from the Air Force for being openly gay, a source of great shame and anger that contributed to her radicalization. She went on to write and publish her own poetry and became a founding member of the West Coast New Feminist Movement.

Through the Women's Press Collective, Grahn published and circulated her earliest books of poetry including Edward the Dyke and Other Poems (1971) and She Who (1972). Her later works include non-fiction, such as her autobiography entitled A Simple Revolution: The Making of an Activist Poetry.

Grahn's poetry is heavily influenced by feminist mythology and metaformic theory, which links modern culture to ancient menstruation rites. She is a leading theorist and scholar of feminist mythology, which she teaches at the California Institute of Integral Studies.

Grahn has received a number of awards for her poetry including a grant from the National Endowment for the Arts, two Lambda Literary Awards, an American Book Award, a Foremothers of Women’s Spirituality Award, and a Stonewall Award. Since 1997, Publishing Triangle has awarded The Judy Grahn Award for Lesbian Non-Fiction to an outstanding work of lesbian nonfiction annually, in honor of Grahn.

Judy Grahn has been the Grand Marshall of both the San Francisco and Seattle Pride Parades in the past and continues to dedicate her life to queer activism, cultural studies, and poetry.