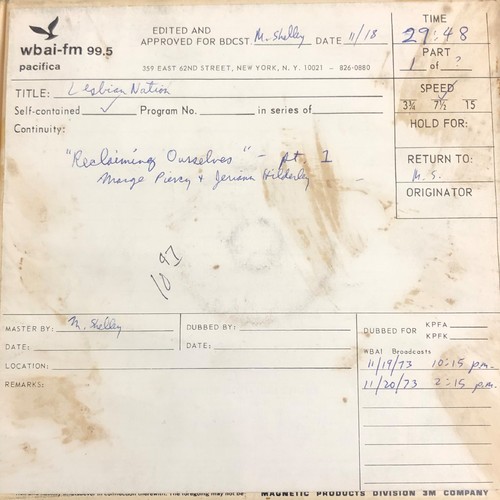 Announcements:
Letter from student Tina Crosby from Swarthmore College, asking to be connected to people involved with the Stonewall Riots for her Special Topics in American History research paper. New phone number for Women's Alternative Group (for women over 30) where members can call to find about programs and events.